This turned out to be the year 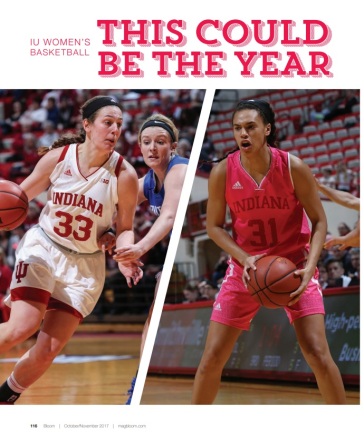 Last year, after all my years as a content creator and magazine journalist focused on technology and business stories, I somehow found myself writing about Big Ten sports. Bloom, the lifestyle magazine for Bloomington, Indiana, asked me last August to write a feature on the Indiana University women’s basketball team. The article was to profile a program that had had its ups and downs, but there were reasons to believe 2017-18 might be a breakout season for the Hoosiers. The working title for the article was, “This Could Be the Year.”

The drama centered on two supremely talented seniors playing out their last campaign together. Expectations were modest; most of the roster were freshmen, and early in the season, the team struggled against Big Ten rivals. But they finished strong — not strong enough to earn an NCAA tournament berth, but they were chosen for the Women’s National Invitational Tournament.

Today, the Hoosier women won that tournament, beating Virginia Tech for their first WNIT championship ever. And a team that had averaged about 4,000 spectators per game over the course of the season drew 13,007 — by far the largest crowd ever to witness a women’s basketball game at IU.

It was the Hoosiers’ year after all. These women earned it.